Here is a look at the per-capita distribution of various top fast food franchises in the United States. The bubbles show the geographic trend of relative popularity across the country -each brand is brimming with interesting trends both in where they are popular and where they are conspicuously absent. The comparative layout allows for a quick view of the demographic growth strategies among these firms, as well as hints towards founding franchise locations. 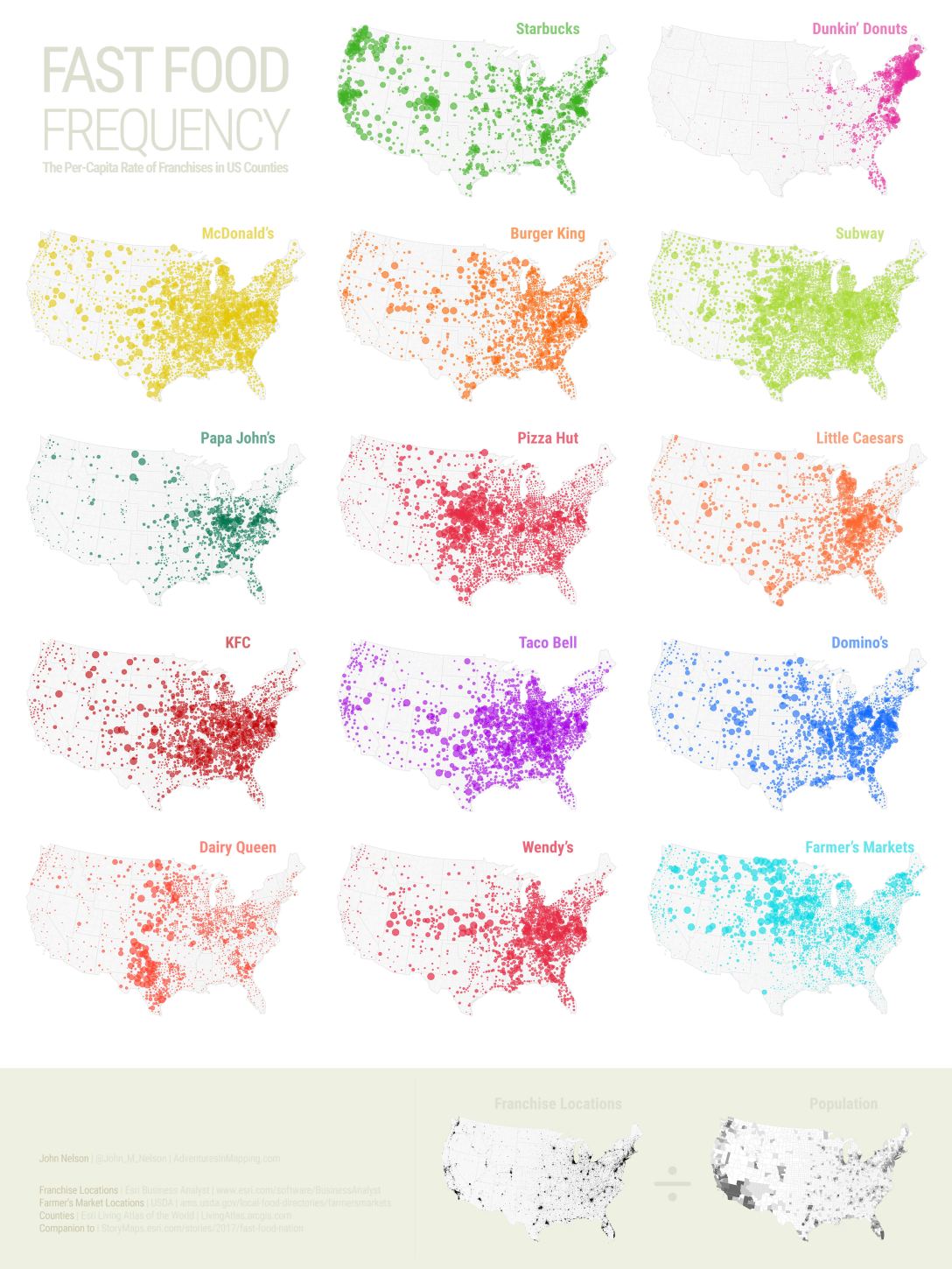 For an interactive extravaganza, click away upon this story map: Fast Food Nation: Mapping the Top Ten Chains.

For a nerdy look at how to normalize across two different geometry types in ArcGIS Online, check out this blog post.

In the meantime, rev up the RPMs of your working memory by darting your eyes between these franchise maps looking for interesting patterns and comparisons… 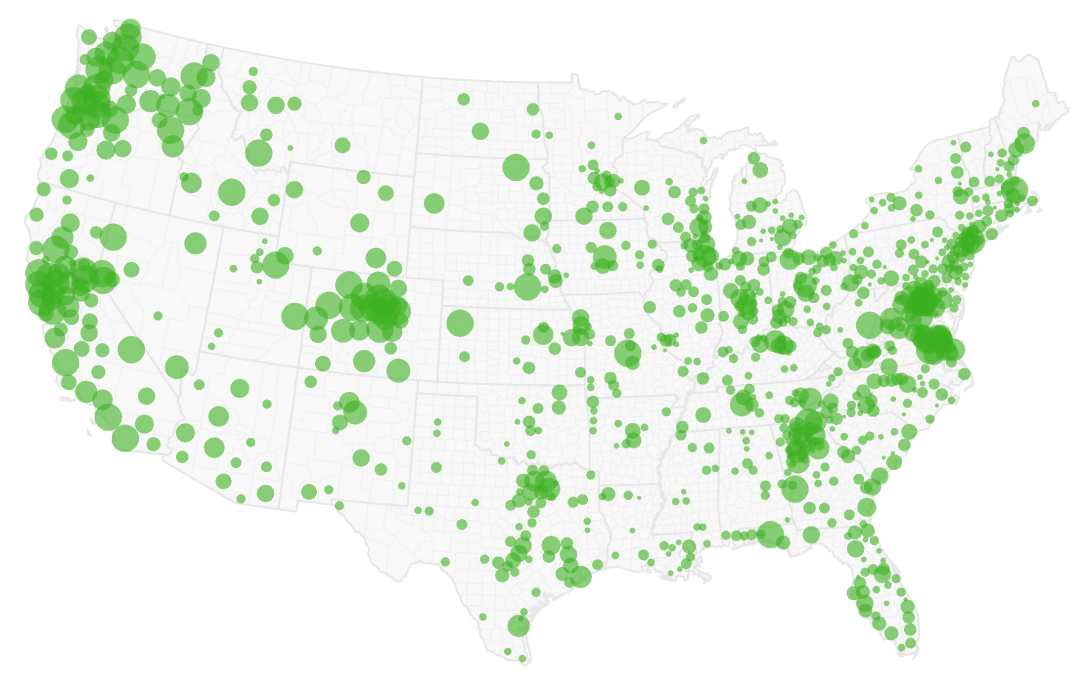 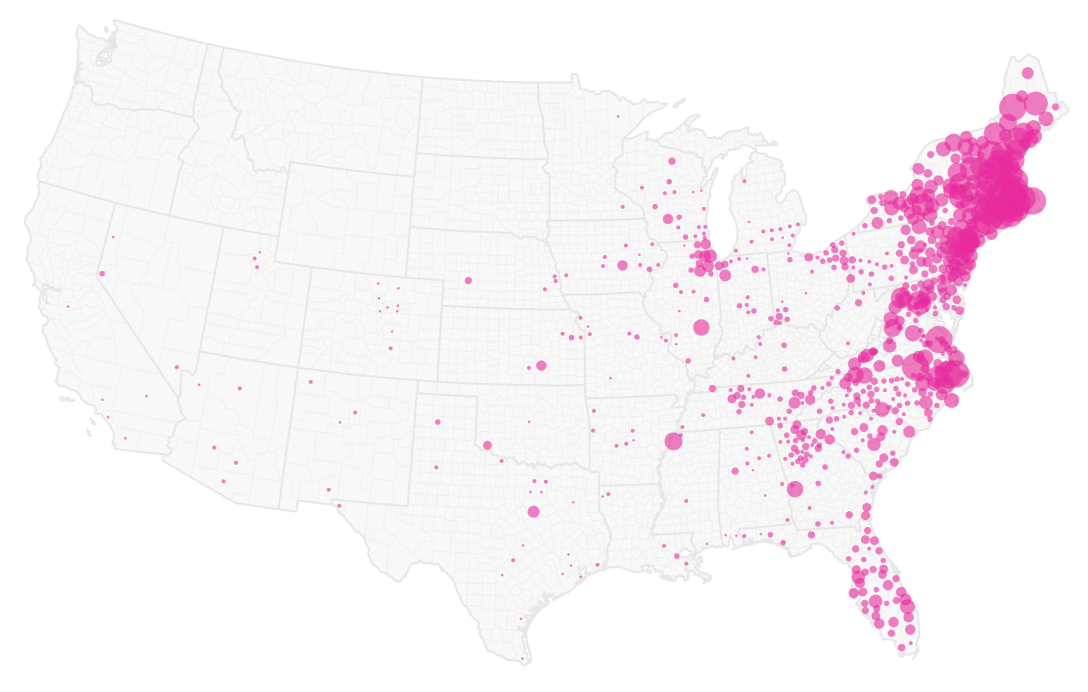 I’m from Michigan, home of champion of many pizza franchise headquarters‘. 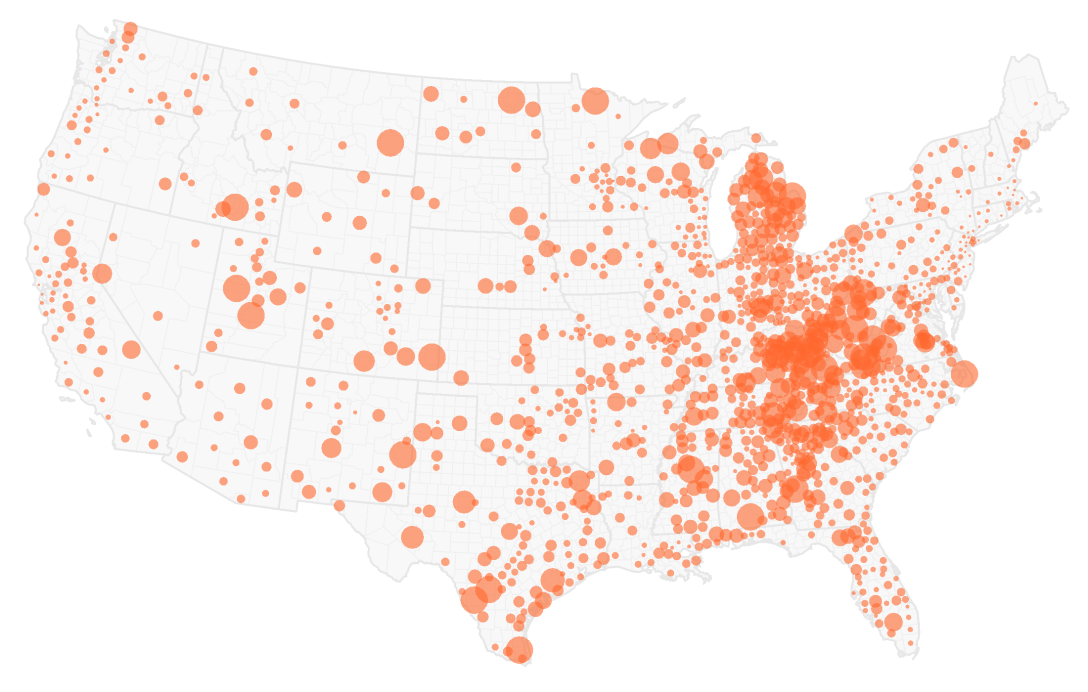 Domino’s, while based in Michigan, doesn’t have quite the home-state footprint. But it also cruised right on down 75, on the way cutting the Appalachian Mountains a wide berth. Maybe all that competition from Little Caesars and Pizza Hut? 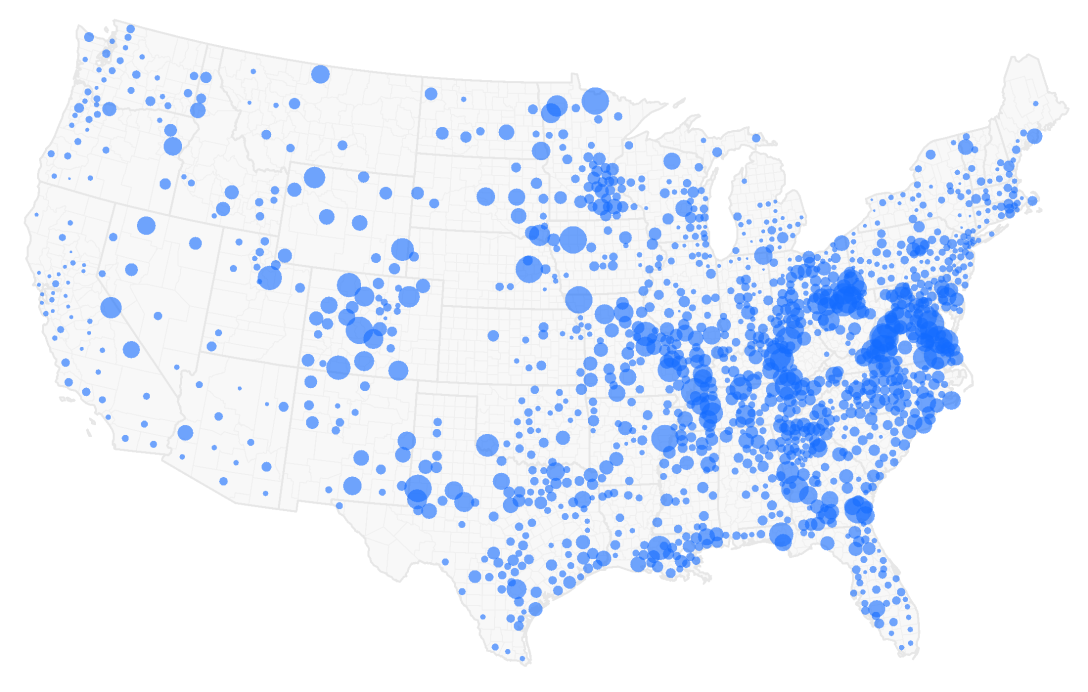 Pizza hut is a western Great Plains staple, having its origins in Kansas. Check out the pattern of popularity due east, all the way to coastal Virginia. 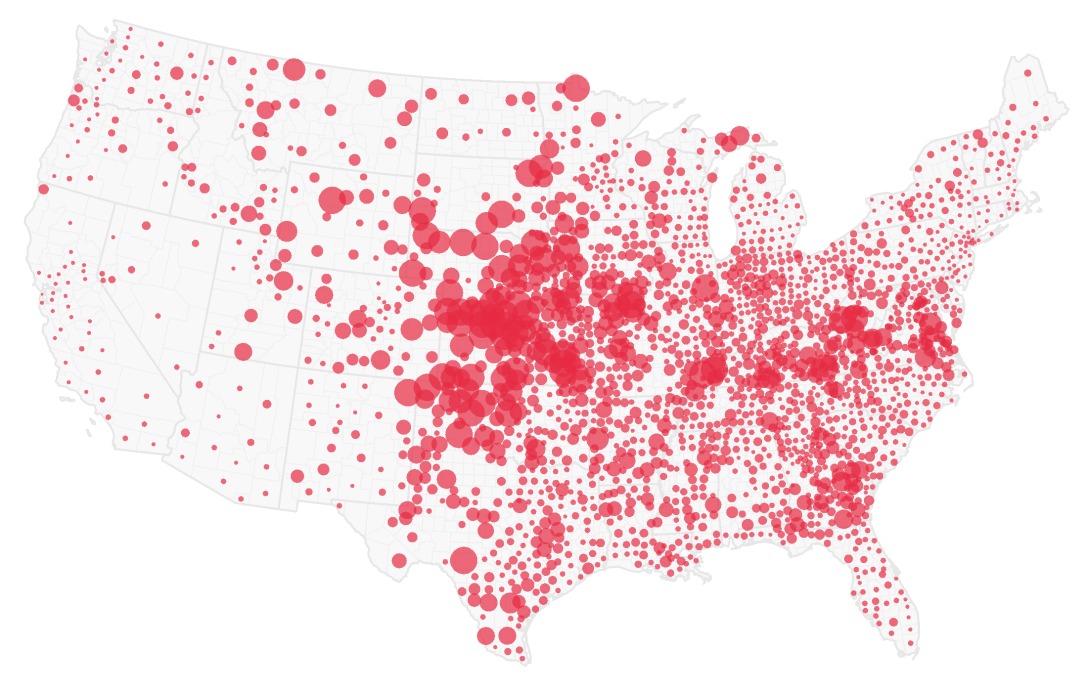 Papa John’s, a more recent contender for fast delicious pizza on demand, is mega-dense in Indi-tucky but comparatively rare elsewhere. Like Domino’s, it tends to avoid the Appalachians. 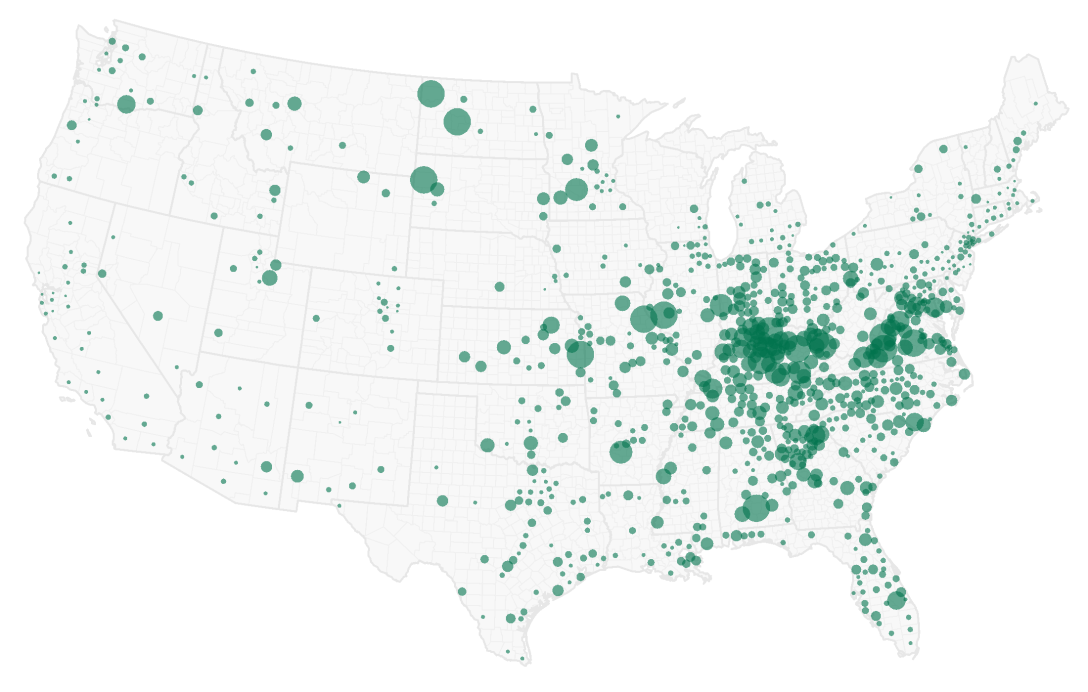 If you find yourself in a Dairy Queen and you are not on the grassy high plains shaded by the Rockies, then you may want to check your GPS. It’s also very possible that you’ll overhear this song from the open windows of a car radio parked nearby. 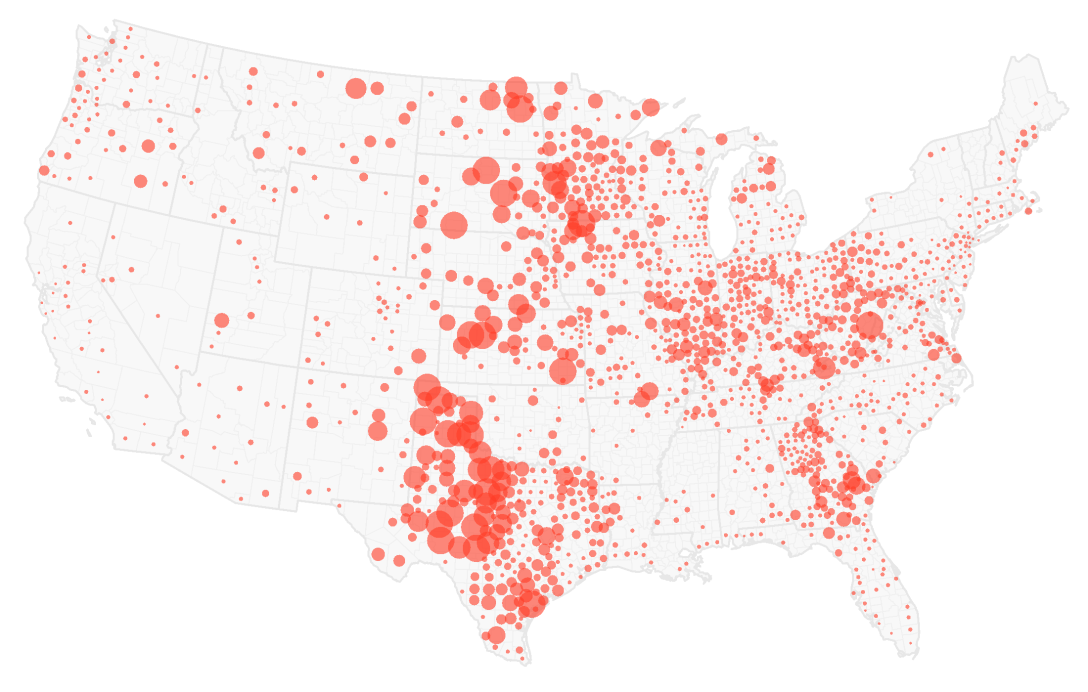 Going the other way, thanks? Here’s a comparative per-capita distribution of Farmer’s Markets. 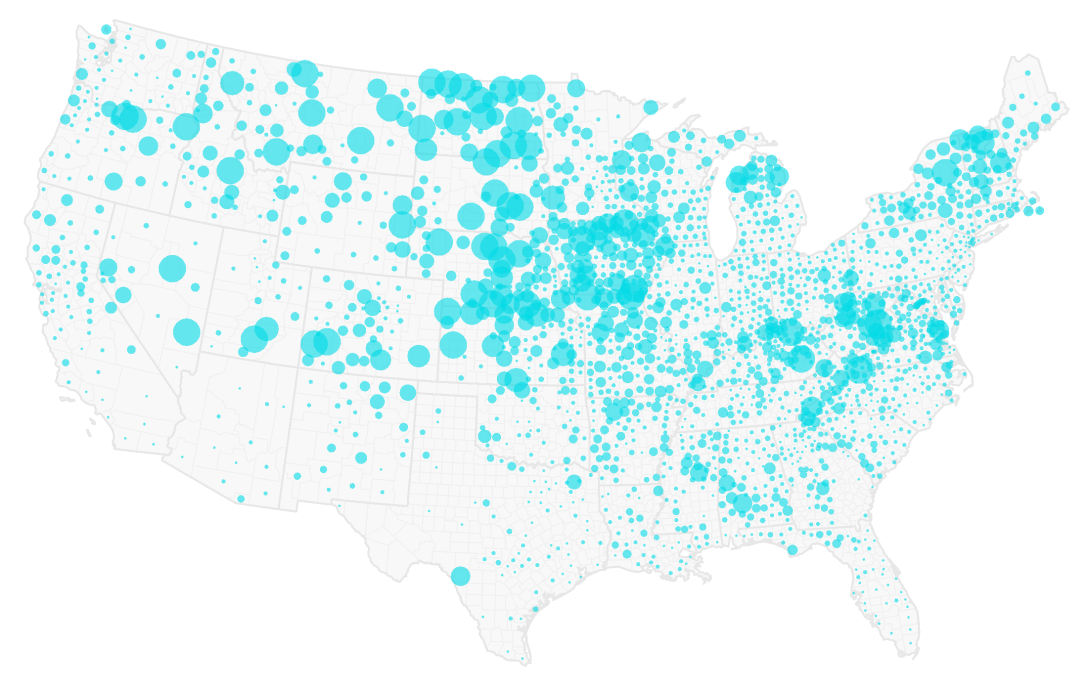 These maps are a ratio of the number of franchise locations to the total population, per county. 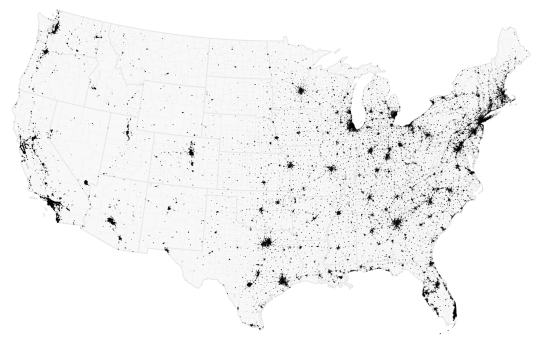 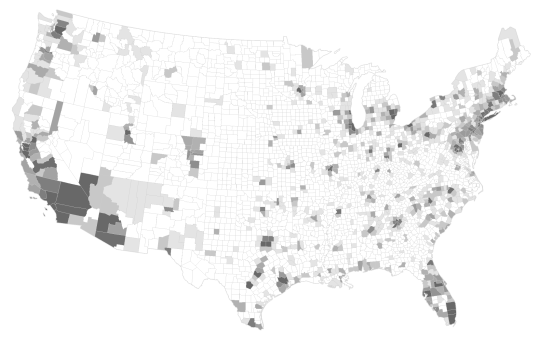