Sure, you could make a map that looks like a globe. But the thing about globes is that they are round and live in the real world. What if you smacked a real world image behind your globish map to give is a palpable sense of context? Well, you just might fake people out, which would rule!

Here is a map I made to look as much like a sweet sweet Bellerby globe, in Prussian Blue, as I could.

And here it is with a sneaky image overlay (with a suspiciously earth-shaped hole punched into it) sitting atop it, in the layout. 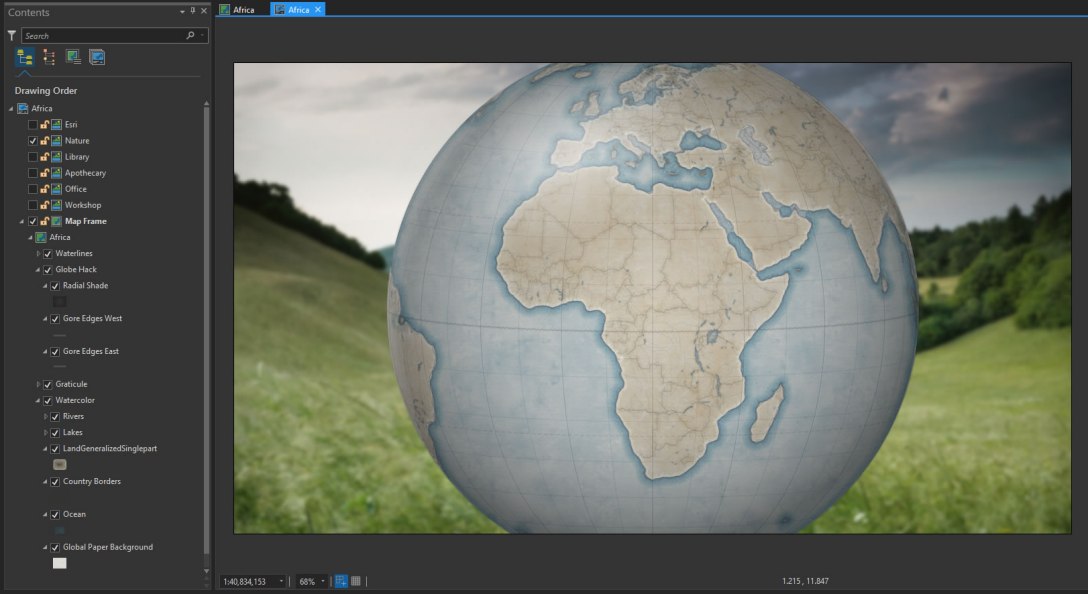 Fun right? Here are some more. This first one is in a wood workshop. I’m partial to little wooden sheds, which is convenient since I spend about 8-10 hours a day in one. 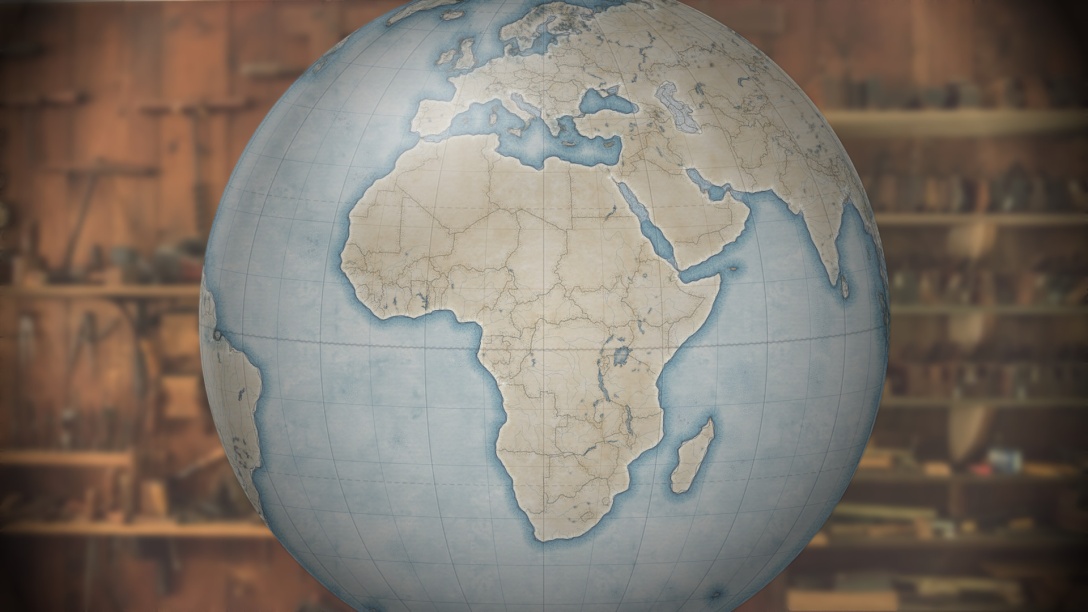 Here is that globe sitting in front of a nice little apothecary that I wish I owned.

Talk about wishing I owned something, here is my little globe nested within a soviet Globus IMP Voskhod spacecraft navigation instrument.

Here is a big fat step-by-step if you’d like to do something similar to your unsuspecting maps. Here’s the cheat: I just plopped any one of the following images on top of my map. Here they are, for your own carto-nefarious purposes…