Well, coasts have always been especially interesting things on atlases and globes. Here are two throwback methods for giving coastal areas a bit of offset contrast and a sense of depth and abrupt texture.

Coastal stippling helps land features rise off the map a bit, via a denser occurrence of pen-tip ink deposits near coasts, diminishing at distance. 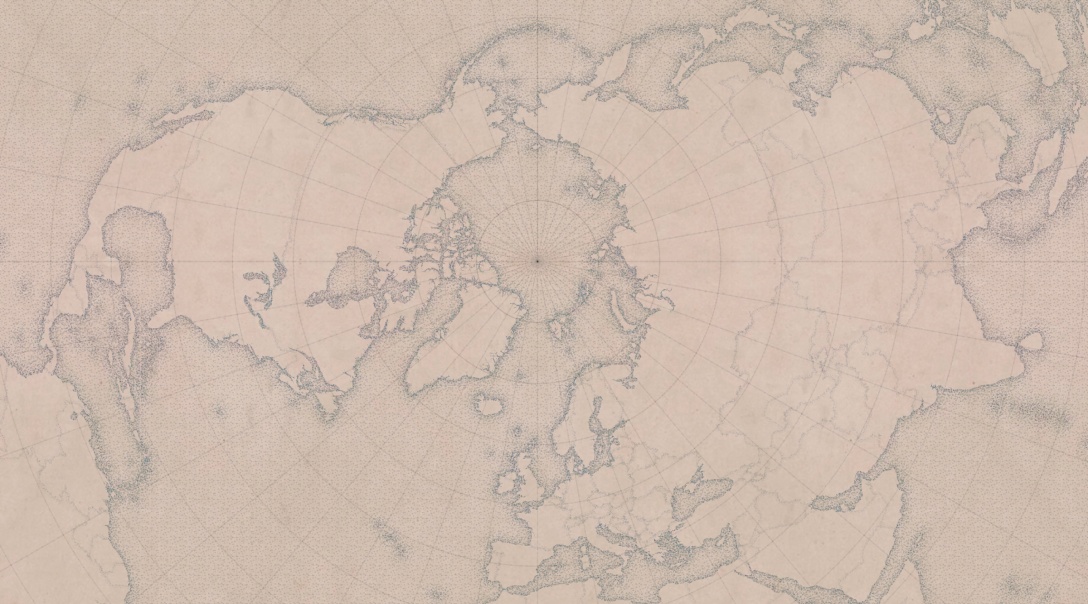 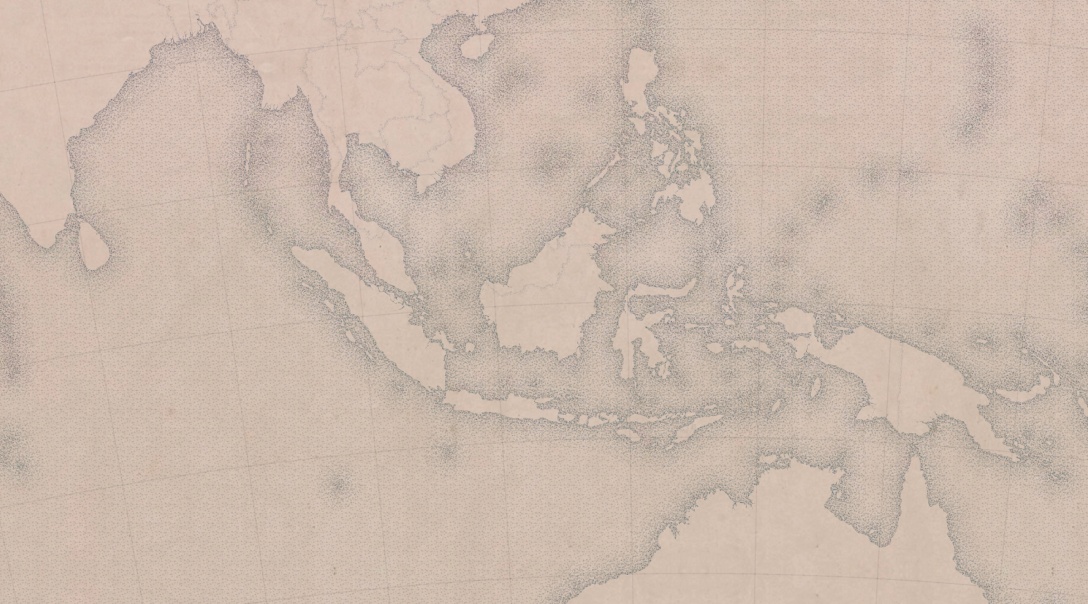 Find the steps and resources to create this stipple effect here.

Another, technically similar but visually distinct, practice of (ancestral) cartographers is the humble water line. They create a dynamic sense of movement emanating from a coast, like the radially rippling surface of water when a pebble is tossed into it. Water lines were used extensively by 19th century cartographers but are relatively rare today (with the exception of Daniel Huffman).

What’s more, they have a sneaky dimensionality to them, when seen at a distance. The bodies of water appear to recede into a secondary plane and the map has a sense of depth. The rate at which these water lines increase in distance from thear coastal source has a big impact on the aesthetic. There is no wrong rate, but the effect of more or less distancing is interesting (and fun to play with). Here are some water lines in the Great Lakes, at a handful of offsets… 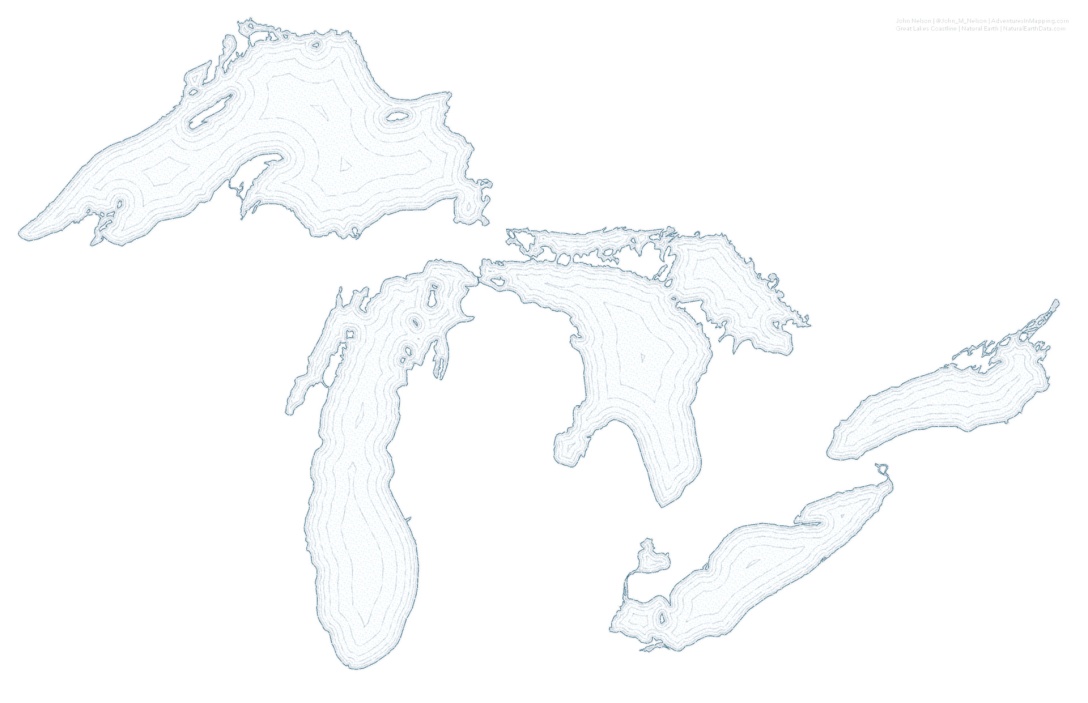 Find some steps and resources for creating this effect here.

I wonder why I like them so much? Sure there is the fun in trying to replicate the methods and results of cartographers past, but there is more to it. I think of these cartographic methods as analogous to a written narrative that avoids declarative statements simply telling the reader exactly what is happening and what is said by the characters, but rather describes the atmosphere and emotions swirling within any setting. The former has a dry prescriptive feel while the latter paints an environment in which a reader feels immersed. Anyway, it’s something I’m in to lately, and I’m happy I get to share them with you.